“Needing to have reality confirmed

and experience enhanced by photographs

is an aesthetic consumerism

to which everyone is now addicted.”

We live in a very visual world. There is almost no mystery left; everything is made visible. By bringing it to light (developing the negatives), the positives reveal, what we interpret as truth, reality or experience. We have seen pictures of the surface of planet mars. And even knowing, no human being has ever been there, we state, that it is true and real. We believe, because we have seen it. It is almost like John 20:24-29. The urge of doubting Thomas to see arises from his longing to find out the truth, or how Susan Sontag puts it, to “have reality confirmed and experience enhanced.”

There are almost no barriers for visual documentation: ultrasonic sound pictures show tiny embryos and security cameras are monitoring and observing stores and public places. But this visual documentation is not only entrusted with professionals like photographers, camera operators or CCTV technicians. Through the widespread opportunities of image recording in cameras, cell phones and other mobile devices, the participation in this process is widespread too.

END_OF_DOCUMENT_TOKEN_TO_BE_REPLACED

They felt the urge to initiate conversations. It was their goal to take immediate steps to encourage and help facilitate forums for respectful conversation regarding important contemporary issues. This conversation was designed to host heterogeneous opinions in an communicative surrounding. And despite the contrasting opinions, the idea was to originate “respectful conversations” as a way to engage those disagreeing.

The main focus of those conversations dealt around topics about future expressions of Evangelicalism in America. The conversation just started, but the themes the project already focused on were:

Starting in may 2013, every month a new topic, symbolized by a new “chapter” was put online. So called “primary contributors” launched the “respectful conversations” and also provided “leading questions” for readers to interact and comment on.

In a inner-denominational setting (and even more in a ecumenical setting) respectful conversations around hot potatoes of main theological questions are pretty rare. A setting in which I experienced healthy, respectful and enlightening conversations in a ecumenical horizon was the emerging church movement.

Searching for new ways to live Christian fellowship and community and also yearning for multi-denominational inspirations, I joined Emergent-Deutschland (the German branch of the Emerging church movement) some years ago. I read the books and blogs, started blogging myself, went to barcamps and forums.

Apart from the inspirations, I was yearning for, I got something even more valuable, that I wasn’t expecting: a desire to provide save places to communicate, to get to know others and their (faith) backgrounds and to discuss hot potatoes.

Communication is one of the essential basics of the emerging church movement. And through discussions with others I did not only learn new perspectives provided by others, but also I clarified my own profile. Each year Emergent Deutschland hosts a small interactive conference called the Emergent Forum. This year, the title was: “Spirituality: Rhythm and encounter.”

Heterogeneity is one of the main pillars engaging with the topics, the organization committee chooses. Attendants of the forum are aged 20-65 years old. Male and female. Lutheran, Reformed, Evangelical, Catholic, Baptist Independent, Non-denominational and many backgrounds more. Ordained and lay.

The forum usually includes a service or devotional time, inputs, workshops, interactive panels and a lot of time to communicate while a cup of coffee, a beer or a nice dinner.

Apart from the conversations during the forum, the emerging forum also stimulates a process of further online discussion. Most of the speakers of inputs and workshops also provided their material after the forum online to enable a further local conversation in the contexts and settings of the attendants. Resources, pictures, music, media, retrospect’s and reviews are supplied online.

I was honored to be asked as the main speaker and to hold on input lecture on “spirituality”. (It can be reached here: Spiritualität ist Balance in Bewegung, in German though).

Arranging the lecture, I was really challenged to provide plural approaches on the topic of spirituality. During the discussion after my lecture I could sense the heterogeneity of the audience in their questions during the communication process. For the lecture and the following discussion I tried to foster a respectful conversation atmosphere.

My aspired attitude to welcome all opinions and to open save space to communicate are quite similar to those, Harold and Rob Barrett use as “ideals” for their project “respectful conversations”:

What ideals would you mention as main principles to foster respectful conversations in your ministry context? 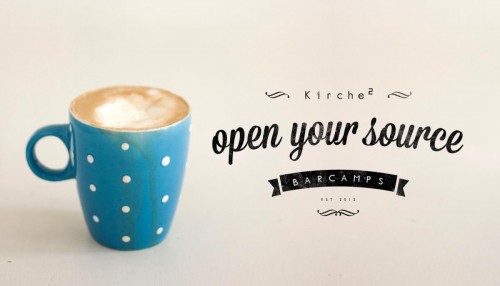 We live in a leadership-toxic climate. The system is toxic itself, because we live in a chronically anxious society, almost like a seatbelt-society, that is more oriented towards security than adventure. In this circumstance of anxiety most of the time a resistance to leadership doesn’t occur out of problematic issues, but merely out of the fact that someone took initiative and responsibility (a.k.a. simply by being a leader).

These are not my thoughts, these are the thoughts of Edwin M. Friedmann in his book “A Failure of Nerve: Leadership in the Age of the Quick Fix”, I read this week.

His main thesis in the book is: there is a “failure of nerve” in society (especially the US-American society) today: Anxiety, that harms many forms of healthy leadership today. For Friedmann there is only one solution to our leadership crisis and that is by dealing with the anxiety of others by a clear, decisive, well-defined leadership. To do so, the leader has to manage self-differentiation: the emotional process of regulating ones own anxiety.

„There exists throughout America today a rampant sabotaging of leaders who try to stand tall amidst the raging anxiety-storms of our time. It is a highly reactive atmosphere pervading all the institutions of our society — a regressive mood that contaminates the decision-making processes of government and corporations at the highest level, and, on the local level, seeps down into the deliberations of neighborhood church, synagogue, hospital, library, and school boards.“